This alleged Bach silhouette was first discovered in 1921. For a long time it was dated to the 18th century. However, it was produced in the workshop of picture forger Reinhold Hanisch (1884–1937) in Vienna, as is apparent from a signature hidden in the lower right of the picture, and was not created before 1910. Photo: Bachhaus Eisenach

Is it Bach, or can it go? For the first time since 1994, the Bachhaus has put a special exhibition on display that discusses the riddles and questions of Bach iconography, the study of Bach portraits, which is also one of the focal points of its collection. 11 alleged Bach paintings can be seen, of which many are very well-known but now appear highly dubious. An exhibition catalogue contains further explanations of controversies in the literature and the current state of research.

If we look at all the many images that claim to show Bach – on books, on CD and record covers, on posters, in concert programmes, on websites, door entrances and souvenirs – you might think that Bach had had his portrait painted at frequent intervals throughout his life: as a young man, as an organist and kapellmeister, with his family, as a mature man and even in old age. And that may well be. But, as far as we know today, only one of these pictures of Bach was undoubtedly painted from life. Today, it hangs in the Altes Rathaus in Leipzig. Of all other paintings authenticity has only been claimed, more or less convincingly, by their respective owners.

The exhibition is divided into 14 stations, at each of which the riddles and questions pertaining to  a partiular “Bach portrait” are discussed. One of the items on display is the “Bach silhouette”, one of originally three variants (the other two are lost), which is frequently pictured and was dated into the 18th century still in 1979. But in fact, as can be proven from a hidden signature, the silhouette comes from the Viennese workshop of Reinhold Hanisch (1884-1937) where he collaborated from 1910 with the young Adolf Hitler in producing forgeries of this type. The search for the lost Bach pastel, a portrait of his father in pastels which Bach’s son Carl Philipp Emanuel had owned until at least 1775, up until now has produced three more or less likely candidates: Two of these are on display, and a forgery of the third which its owner deposited with the authorities before leaving the GDR for West Germany in 1958 with the original hidden away in a grandfather clock. Not missing from the exhibition is the famous portrait by Johann Jacob Ihle which the Bachhaus had long presented as an original portrait of Bach but which is much more likely to show a member of the Court of Bayreuth. Likewise criticially discussed are the “silver point drawing” of Bach – most likely it is a trace copy of a Bach lithograph from the 19th century – and the alleged portraits of the “young Bach” and “Bach in old age” which served as models for the Bach monuments Mühlhausen and in Eisenach’s Church of St George’s. On the other hand, an oil portrait on lime wood, which was only rediscovered in 1985, has recently been authenticated as early and possibly contemporary portrait of Bach. The identification of Bach’s bones in 1894, which appears very doubtful today, was based on a forensic reconstruction of his face over the skull. This reconstruction in the shape of a bust created by sculptor Carl Seffner was subsequently used to “verify” even more “Bach portraits”. Displayed are Seffner’s bust and the original casts of Bach’s skull and cranium dating from 1894.

In addition to these (alleged) portraits of Johann Sebastian Bach, the exhibition shows a portrait of Johann Christian Bach (1743–1814) from Halle, called the “Clavier Bach”, which was only discovered in 2018. He was a distant relative of Bach and appears to have been a student of Bach’s son Wilhelm Friedemann – he once owned the “music booklet” (Klavierbüchlein) that Bach had written for his son. The painting was created in 1799 by the Berlin painter Friedrich Georg Weitsch. The new discovery makes it extremely likely that the famous painting of Wilhelm Friedemann Bach by the same painter which depicts the sitter with a brimmed hat and a fur coat, is in fact a portrait of another member of this Bach family in Halle, and not a portrait of Bach’s son at all. 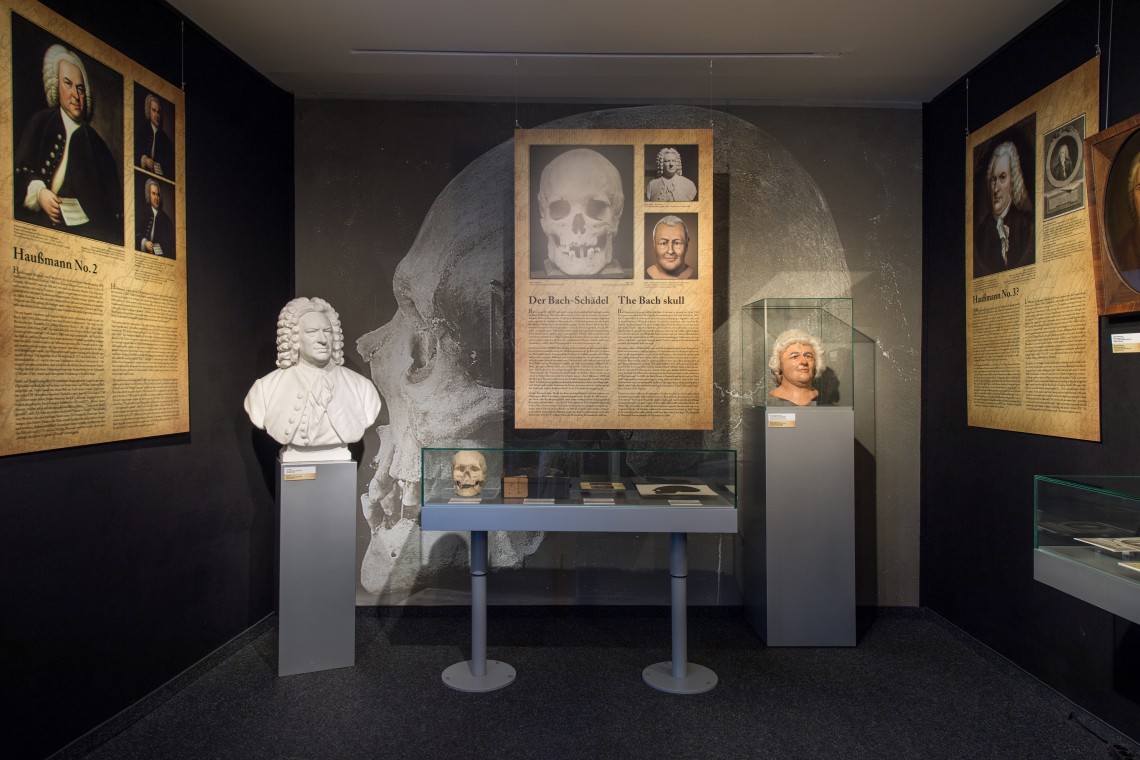 Among the displayed exhibits are a cast of the “Bach skull” and the facial reconstructions based on it in 1895 and 2008. Photo: André Nestler. 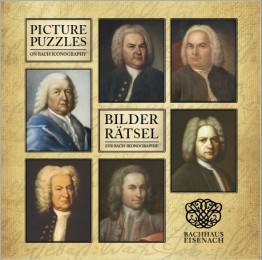 The exhibition catalogue (56 pages, in English and German) is available  for a price of €10 plus postage from the Bachhaus online shop.